Adrian Storey aka Uchujin (Alien in Japanese) is a freelance video producer, cameraman, editor, photographer and a recovering ex-pat who recently returned to the UK after a 20 year absence, the last 10 of which were spent in Tokyo. An eclectic career ranging from fashion modelling to working as a sound engineer for the Dali Lama informs and enriches his work which ranges from documentary to music videos.

Adrian has over 20 years experience, has produced video and shot for a large range of international clients including VICE Japan, Greenpeace and Cascade Records and his photographs have been published in The Guardian, La Revue, Jyllands Posten, Der Spiegel, South China Morning Post and The Japan Times amongst others. He is available for projects of any size and can be contacted through his website or on multiple social media platforms where he spends a little too much of his time.

I grew up with a father who was a freelance illustrator/artist. Some of my earliest memories are of my bed being in his work room and falling asleep to the sight of him hunched over a desk with one desk lamp and radio 4 playing softly.

I always knew I would end up doing something creative for a living and experimented with various avenues before ending up primarily as a film maker.

If I have to think of a defining point it would be a day many years ago in a sleazy hotel in New Delhi.

I was going back to my room and saw some amazing photographs on a board outside another room, I knocked on the door to ask whose they were and they turned out to have been taken by the occupant, a French fashion photographer, Sebran D’Argent. He was traveling around India with a large format camera. He asked me if I took photos and I reluctantly showed him some of my work which he seemed to like and told me I should pursue it and that I could make money from them.

The next morning I was woken by his girlfriend knocking on my door, “He never says nice things about other peoples work! If he says you should go for it, you definitely should!”

That was the day I decided that I would take my work seriously as a career option.

That’s always been a difficult question to ask. I get bored easily and don’t really like staying in one place too long. I’m a terrible neophile, I must have “new” or I go a bit nuts.

I would like to live in some more countries or at least stay and work there for extended periods.

I’ve never been to South America and only briefly to North America, Iceland looks fascinating and so does New Zealand.

I worked briefly in Kenya a few years ago and it made me really interested in spending more time in Africa. After so long in Asia the novelty began to wore off but going to Africa was like the first time I stepped of the plane in India, a noisy, beautiful, scary riot of new that grabbed me and shook me about, I loved it!

Work wise I would like to make more long form documentaries, they are often a huge commitment and take over your life for years but that level of immersion in a subject is pretty amazing and rewarding.

I’d also like to shoot some fiction, which I’ve barely dabbled in. It’s such a different way of working and requires a larger team of people and I’d be interested to do that with the right people.

I love making music videos too, so more of those.

Oh and more money, I mentioned that right? 🙂

As a freelancer I think the most important rules are to deliver when you say you are going to and communicate properly with clients.

It’s also really important to keep learning, improving skills you have and acquiring new ones.

Keep up with developments not just in your field but across a wide range of disciplines, it makes you better at what you do and inspiration or new ideas often come from seemingly unrelated things.

As a freelancer you will most likely be struggling and poor for extended periods, there is no clocking off time, theres always someone younger nipping at your heals who will work longer and harder for less money and you are almost definitely not going to be famous for your work.

My advice is that if that previous paragraph made you doubt if you can do it and didn’t just make you want to tell me to Fuck Off then you might not be ready for it.

To see more of Adrian’s work visit his website www.uchujin.co.uk 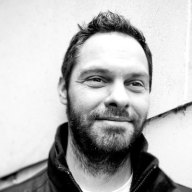 Join the discussion and tell us your opinion.

[…] Head over there to have a read:- http://www.neotists.co.uk/five-questions-creatives-adrian-storey/ […]